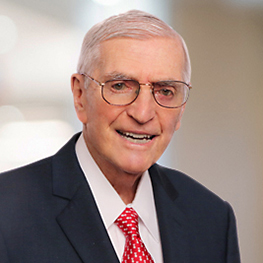 Charles C. Carella has been a member of Carella, Byrne, Cecchi, Olstein, Brody & Agnello since 1976 and is Chairman of the Executive Committee. He has extensive experience in many areas of corporate practice, including mergers and acquisitions, bank finance, state and federal administrative matters, and environmental and solid waste matters. He has appeared on numerous occasions before the Board of Public Utilities in all types of utility matters and has served as a Trustee/Receiver in cases initiated by the Federal Trade Commission, Securities and Exchange Commission, and the Federal District Court for the District of New Jersey. Mr. Carella has also served as Provisional Director upon appointment by the Superior Court of the State of New Jersey, Chancery Division.

Mr. Carella has been named to Who's Who in American Law.