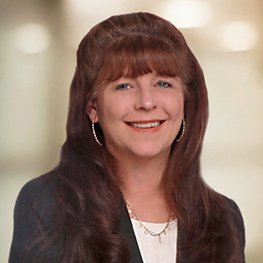 Melissa is a partner of the firm and an accomplished litigator. She has litigated matters in both state and federal courts throughout her career. Melissa’s broad experience includes representing clients in complex commercial litigation involving environmental laws/regulations, insurance law, insurance coverage, ERISA and related regulations, business torts, federal and state employment laws, construction and surety law, shareholder disputes, and other significant legal issues.

Melissa received her undergraduate degree from the University of Michigan and her law degree from Loyola University. She served as a law clerk for the Hon. Julio M. Fuentes, J.S.C. (later – Judge, Third Circuit Court of Appeals). She is a member of the Bars of New Jersey, New York, and Florida and various federal courts. Melissa is a member of a number of the firm’s management committees.