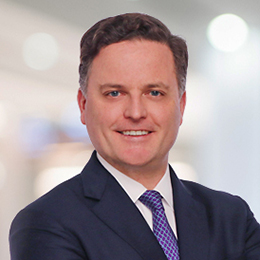 A partner at Carella Byrne, Michael Innes prosecutes high-profile class actions and mass tort lawsuits against multi-national corporations on behalf of individuals and public entities. He has represented plaintiffs and defendants in class actions and individual actions in state and federal courts across the country.

Michael currently represents numerous cities and counties seeking to hold multiple defendants accountable for their role in creating the ongoing opioid crisis. He was a member of the successful trial team representing Summit and Lake Counties in Ohio in the In re National Prescription Opioid Litigation, MDL 2804.

Prior to joining the firm, Michael counseled individuals and corporations in a broad range of matters, including class actions, employment disputes, significant real estate disputes, and government-initiated investigations and enforcement actions.