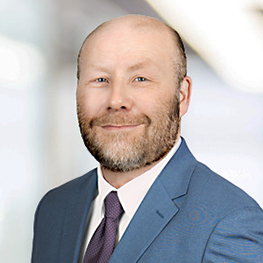 A seasoned litigator with extensive experience in a wide range of consumer protection matters, Zachary Jacobs currently focuses on complex class action litigation, with a particular emphasis on emissions cases.

Zach has been involved in consumer protection law since 2007, when he began working at a small Chicago law firm that specialized in financial consumer protection, including claims arising under the Truth in Lending Act, Fair Debt Collection Practices Act, and the Fair Credit Reporting Act.

For several years thereafter, Zach practiced at a small boutique firm specializing in nationwide consumer class actions, where he represented plaintiffs across the country in heavy-duty truck emissions cases. Among the notable cases he handled was the Caterpillar ACERT lawsuit in which he secured a settlement for $60 million. Zach also represented consumers in nationwide litigation involving excessive helicopter ambulance charges, fraudulent utility charges, and defective products.

A graduate of the University of South Dakota, Zach earned his law degree from Chicago Kent College of Law, where he was a member of the Moot Court Honor Society and won the 2005 Ilana Diamond Rovner Award for outstanding appellate advocacy. He is admitted to practice in Illinois and the U.S. District Courts for the Northern District of Illinois, the District of Colorado, and the Eastern District of Michigan.