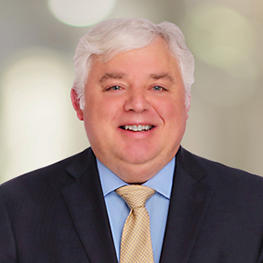 Fiercely committed to protecting the rights and well-being of children and with a lengthy track record of obtaining convictions in a wide range of criminal matters, John G. Esmerado now brings his talents to bear on behalf of the firm’s clients.

John’s current practice focuses on sexual abuse litigation, white-collar crime, police use of force matters, Open Public Records Act/Open Public Meeting Act issues, and legislative advocacy. He spent over 25 years as an Assistant Prosecutor for the Union County Prosecutor’s Office, where he worked in various units, including Trial, Child Abuse, and Sex Crimes. During that time, he took 74 jury trials to verdict, including multiple homicide cases.

From 2014 to 2018, John was the supervisor of the Special Prosecutions Unit, which investigated and prosecuted government misconduct, internal affairs, and white-collar crimes. He also was the Custodian of Open Public Records for the Office.

From 2018 to 2019, John served as Investigations Supervisor, managing 22 assistant prosecutors in all five office investigative units.

In addition to his prosecutorial work, John was the supervisor/director of the Union County Child Advocacy Center from 2003-2014, where he assisted over 2,000 families who had experienced sexual abuse. He also served on the Governor’s Task Force on Child Abuse and Neglect and the Metro Child Fatality Review Board for many years. In 2005 and 2006, John was a legal consultant for the Greensboro, North Carolina Truth and Reconciliation Commission and UNICEF.