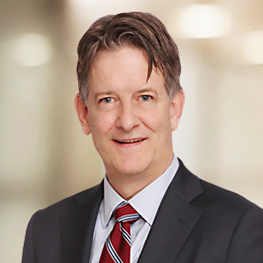 Carella Byrne of counsel James A. O’Brien III brings a wealth of experience and accomplishments to his representation of consumers and other clients in class actions and multidistrict class action litigation.

James joined the firm in 2017 after almost three decades of practice in both the public and private sectors. After serving as an attorney advisor with the U.S. Department of Labor, Office of Administrative Law Judges, in Washington, D.C., he was accepted into the Attorney General’s Honors Program of the U.S. Department of Justice. He also served as a Special Assistant U.S. Attorney in the Civil Division of the U.S. Attorney’s Office, Southern District of New York, from 1990 to 2001, where he was nominated for the Executive Office for United States’ Attorneys’ Director’s Award for Superior Performance as a Special Assistant United States Attorney (1997, 1998 & 2000), and the U.S. Attorney General’s John Marshal Award for Participation in Litigation, 1998 & 2000.

In 2001, James joined the law firm of Seeger Weiss LLP in New York City, where his practice focused on complex litigation, including false claims act cases, class actions, mass torts, and multidistrict litigation. He has authored several articles on various legal topics, including co-authoring Administrative Housekeeping and Ethical Matters in Mass Tort MDLs and Class Actions, published in the Sedona Conference Journal in 2012, and writing a chapter for MDL Standards and Best Practices published by the Duke Law Center for Judicial Studies in 2014.

After graduating with a B.A. in Economics from the University of Massachusetts at Amherst in 1984, James earned his law degree in 1988 from the New England Law School of Law. While in law school, he was a symposium editor for the New England Law Review, and published a Comment, Removing the Client Perjury Skeleton From the Defense Counsel’s Closet, Nix v. Whiteside, 22 New Eng. L. Rev. 675 (1988).