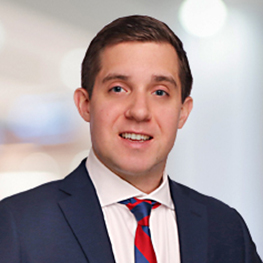 Brian O’Toole is an associate in Carella Byrne’s New Jersey office who has been with the firm since October 2021. He focuses his practice on complex class actions, including consumer fraud, product liability, RICO, and pharmaceutical matters. Before joining the firm, Brian gained considerable experience at a national law firm in New York and served as a law clerk to United States District Judge Claire C. Cecchi in the District of New Jersey.